Outside Québec? Visit  Hail Team Canada for our English website

The Dégrêleurs specialize in repairing vehicles damaged by hail since 1998.  Since then, the company has earned an important share of the PDR market in the Quebec province.  In 2014, The Dégrêleurs created an affiliate called Hail Team Canada in order to serve the other Canadian provinces.

Our strength resides in our highly efficient & professional management teams coupled with a network of perfectionist and experimented PDR & R&I technicians.

We work with technicians from all regions of the Quebec province.  When there are major catastrophes, the likes we have experienced in Quebec (2007) and in Beloeil (2008), we have agreements with technicians from all over Canada, the United States and Europe.  These technicians have been working with us for many years and answer to the same quality and performance criteria’s as those established in our core original workforce.  Our capacity to scale and adapt our workforce allows Hail Team Canada to respond simultaneously to multiple catastrophes in separate regions.

Since 1998, our team has intervened in many regions of the province of Quebec that have been affected by hailstorms.  We have equally intervened in other provinces as well as in Europe and Australia to provide our skilled technicians services to the industry. 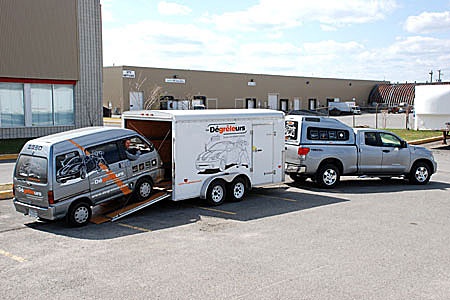 Are you looking for a job as a Paintless Dent Removal Technician (PDR) or a Removal and Installation Technician (R&I)? 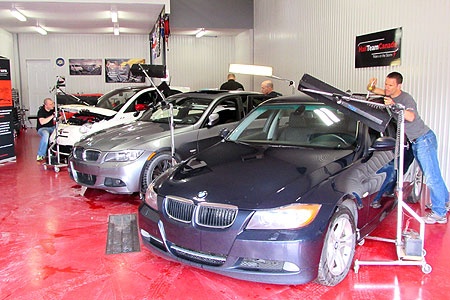